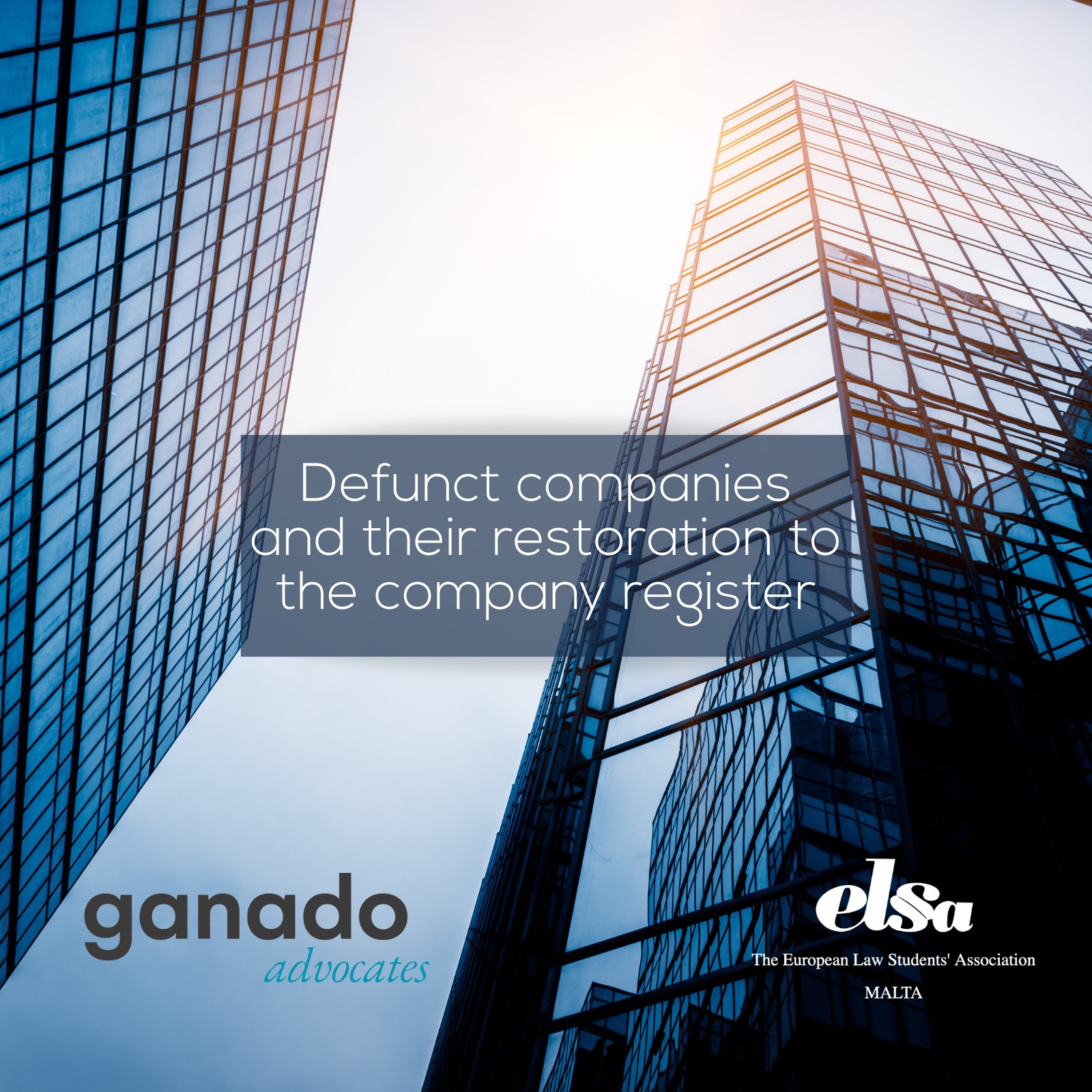 Defunct companies and their restoration to the company register.

In its judgement delivered on the 27 June 2022 in the names of Tonna Robert et v. Registratur tal-Kumpanniji, the Civil Court (Commerce Section), presided over by Mr. Justice Ian Spiteri Bailey, considered an application for the restoration of Dragon Co. Ltd (C 21246) (the “Company”) onto the Maltese company register.

In brief, the pertinent facts of the case are as follows.

Via the submission of an application to this effect, the former shareholders of the defunct company Dragon Co. Ltd (C 21246) – Robert Tonna and Rockwell Corporation Limited (C 18079) (collectively, the “Shareholders”) – formally asked the Court to order that the Company be restored to the Maltese company register; given that a failure to do so would not only be to the detriment of the Shareholders per se, but also to the plight of the Company’s employees and numerous residents at a home for the elderly run by it.

The Shareholders noted that a period of five (5) years from the date of publication of the strike-off notice by the Registrar of Companies had not yet passed – meaning that they were well within their rights to request that the Company be restored to the Maltese company register in accordance with article 325(4) of the Companies Act (Cap. 386 of the laws of Malta).

The defendant (i.e. the Registrar of Companies), on the other hand, noted that the Company had been struck off the Maltese register of companies owing to a number of irregularities which had not been rectified by it despite a number of opportunities to regularise its position at law. Indeed, the defendant noted that the Company had not only failed to file its annual returns and annual accounts, but had also failed to disclose its beneficial ownership in accordance with its obligations as delineated in the Companies Act (Register of Beneficial Ownership) Regulations (S.L. 386.19 of the laws of Malta). In fact (rather interestingly), the defendant contended that the Company could not be restored to the Maltese register of companies pursuant to article 325(4) of the Companies Act (as requested by the applicants), but that rather, the Company could only be restored to the register in accordance with Regulation 9(4) of the Companies Act (Register of Beneficial Ownership) Regulations, given that the Company had in actual fact been struck off in accordance with these particular regulations.

Article 325 of the Companies Act holds as follows:

(2) If the Registrar receives an answer to the effect that the company is not carrying on business or is not in operation, or does not within one month of sending the letter receive an answer thereto, he may send to the company by post and publish a notice in the Gazette or on a website maintained by the Registrar and in a daily newspaper circulating wholly or mainly in Malta that, at the expiration of three months from the date of the last publication of the said notice, the company’s name shall, unless cause is previously shown to the contrary or the Registrar is satisfied that there are sufficient grounds not to proceed with the striking off, be struck off the register; and the assets of the company shall devolve upon the Government of Malta.

In its considerations, the Court noted that the Company had been struck-off the register of companies owing to its failure to adhere to its obligations at law, but acknowledged that the defendant was not averse to restoring the Company’s name onto the company register if and in so far as the Court deemed this to be the appropriate course of action. The Court made it clear to the Shareholders that an order on its part to restore the Company to the Maltese company register should not be construed as yet another opportunity for the Company and the Shareholders to forego its obligations at law. Rather, the applicants were obliged to make sure that, if restored to the company register, the Company would remain in a state of good standing.

By way of an additional remark, the Court (in its deliberations) did not consider the defendant’s plea (as referred to in the Background section of this report) whereby it noted that the Company could only be restored to the register pursuant Regulation 9(4) of the Companies Act (Register of Beneficial Ownership) Regulations, as opposed to article 325(4) of the Companies Act.

On the basis of the foregoing, the Court acceded to the Shareholders’ request to restore the Company to the Maltese register of companies.

This article was first published in the Malta Indpendent.